Dark Chocolate Health Benefits -They're Really NOT Too Good To Be True! - TRUTH ABOUT ALKALINITY & BODY pH 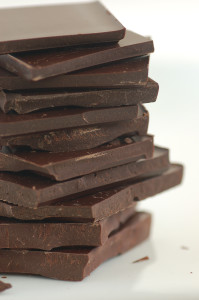 and my favorite: Improving the cognitive abilities in mentally impaired elderly people as well as improving their verbal fluency. It all seemed  far-fetched and just wishful thinking.

Yet each one of these claims (and more!) are backed by scientific papers.

How It All Works

In one 2012 review of 20 different studies, it was shown that daily consumption of dark chocolate lowered peoples blood pressure

by 2 to 3 points. This could help explain how it improves vascular function.

The reason could be that the microbes in your intestines ferment the chocolate into small anti-inflammatories that can be absorbed into the bloodstream. These anti-inflammatory compounds act much like aspirin in that they reduce ‘clumping’ of blood platelets. An abnormal blood clot can be fatal if it blocks a blood vessel, causing heart attack or stroke. Eating dark chocolate can reduce this risk it seems.

and Exposition of the American Chemical Society (ACS). The researchers tested their theory in a lab built intestine. They approximated the upper human digestive tract quite effectively, using human fecal matter! The feces contained dark chocolate eaten by the volunteers the night before.
The microbes in the experiment feasted on what was left of the cocoa after its passage through the mock digestive tract. They then fermented the compounds ( flavonols that include the substance catechin and epicatechin ) into smaller anti-inflammatories that could be absorbed by the bloodstream. These became the aspirin-like compounds.

These anti-inflammatory compounds act much like aspirin in that they reduce ‘clumping’ of blood platelets.

An abnormal blood clot can be fatal if it blocks a blood vessel, causing heart attack or stroke. Eating dark chocolate can reduce this risk it seems.

Further, the flavonols in dark chocolate could stimulate the lining of the arteries to produce Nitric Oxide (NO). One of the functions of NO is to relax the arteries which, in turn, reduces blood pressure

, the effects are usually mild. One study even showed no effect at all .

But even if a small decrease in blood pressure is caused, it is beneficial.

Another controlled study showed a significant decrease in oxidized LDL cholesterol in men.”Oxidized” LDL cholesterol means that it’s very reactive and capable of damaging other tissues such as the lining of your arteries.

Because cocoa has lots of powerful anti-oxidants, it follows that it’s able to protect against oxidative damage. It does this by increasing HDL (good cholesterol).

Telmo Perreira of the Department of Cardiopneumology at Superior College of Health Technology in Portugal has found that dark chocolate gives a very obvious improvement in blood flow even in young, healthy adults.In his study, a group of healthy 20 year olds were given around 8 grams (1 small square) of 70% cocoa chocolate each day for a month. The group saw their respective arterial flows increase from an average of 14% to 23% ( LINK ).

Cocoa has also been shown to improve insulin sensitivity – again from the anti-oxidants produced by intestinal microbes.

The researchers say the results they got imply health benefits

This is not to suggest, though, that chocolate is a substitute for prescribed medication.

GOOD FOR THE GUT

It appears that cocoa might be good for the gut itself, actually stimulating the production of healthier microbes in the colon.

Who would have thought that a candy could protect your teeth? But 70% dark chocolate contains a substance called Theobromine. This has been shown to harden tooth enamel, which means that unlike other sweet, dark chocolate actually lowers the risk of getting cavities – as long as you brush your teeth regularly.

Flavonols in dark chocolate can actually protect your skin against sun damage and improve blood flow to the surface giving you a healthy glow.

It can also increase the thickness and density of your skin as well as the moisture. [LINK]

One study of healthy people showed that 5 days of eating high flavonol cocoa improved blood flow to the brain .

The substance phenylethylamine (PEA), the same chemical your brain releases when you’re in love, is found in dark chocolate. PEA stimulates your brain to release endorphins (feel good hormones). So it follows that eating dark chocolate can increase your sense of well being and happiness.

You want to choose chocolate very high in cocoa – 70% or more.It’s usually stated clearly on the label that it contains 70% cocoa. This type of chocolate is quite bitter, but can quite easily become an acquired taste.Just be aware that the above experiments and studies were based on the consumption of 70% or more dark chocolate.

Milk chocolate or Mars Bars will NOT give these benefits

! The flavonols are stripped out of them to make way for the sweeter taste.

Dark chocolates do contain calories so it’s best not to over-indulge. The above study subjects were given small amounts – a square or 2 per day. So it’s not necessary to eat more that this.

If you’ve never had dark chocolate before, you’re probably in for a wonderful taste surprise! You may not like it straight away, especially if you’re a fan of the milkier, sweeter varieties, but do persist. In time you might find that it’s the taste you prefer! 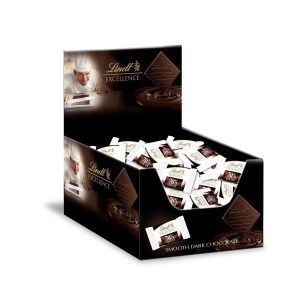